She Thinks My Tractor’s Sexy

We call each other a lot of things … sometimes it’s Boomer & Milli (as in Baby Boomer & Millennial) And yes, it’s a little unusual but we discovered early in our relationship that gifts don’t always come wrapped the way you thought they would. We found ourselves stumbling often on an uncommon number of commonalities, including a mutual love for photography, adventures and Huron County.

Last weekend, we fell back to Standard Time and I’d already thrown on a t-shirt and track pants by around 5:pm Sunday afternoon. As I flicked the lights on in the apt to chase away some of the early gloom, she got up and went to the west window.

Milli: It looks like it might get pretty … You wanna go out?
Boomer: I dunno, do YOU wanna go out?
Milli: I’m feeling like we might be sorry if we don’t.
Boomer: Okay … guess we should change back outta our jammies first.

It turned out to be one of those occasions when making myself get up and do something I don’t much feel like doing, turns into a wonderful experience. Full disclosure, she does this to me a lot. I don’t hate it.

By the time we got to the car, the sky had already begun to do it’s magic and we’d barely breached the outskirts of town when we saw a combine navigating a field of corn with Zamboni-like precision. I knew she had been wanting to capture a few images of the dust from a combine in the rays of the sun and it seemed like as good a time as any to pull off the road to see what we could get. 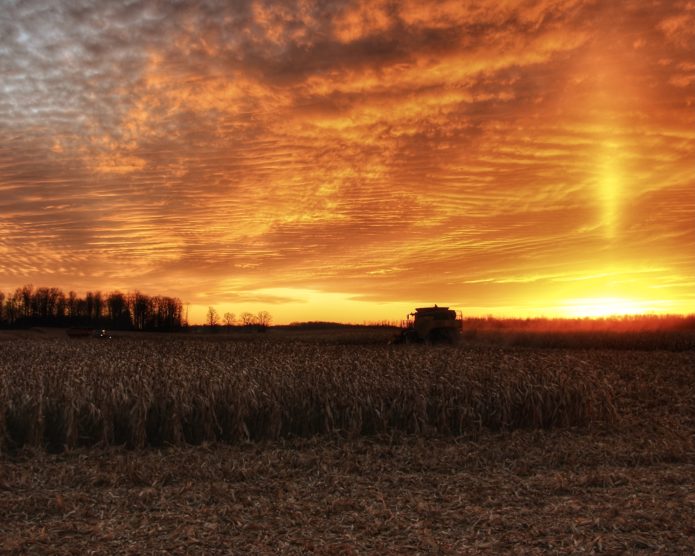 As we fumbled with various camera settings, the combine made a turn at the far end of the field and started straight toward us. “This could be fun” I thought as I started firing off shot after shot … Milli likes to call this the “Spray and Pray” method. (Taking a lot of pictures in quick succession and hoping something turns out the way you’re hoping)
The combine continued it’s approach and at the spot just about 20 metres from us where it had been turning, it stopped. The cab door swung open and the farmer stepped out.

Milli and I have had a few discussions about our love of getting a great shot without trespassing to do it … something she is admittedly better at than I and something she loves me enough to remind me of when we’re out adventuring … usually with a friendly, “Hey were ya goin’ there Skippy … ya tryna get shot?”

That in mind, my first thought when the farmer stepped from the cab was “Oh God, I’m gonna get shot … but wait, I’m on the side of the road … this is okay isn’t it?” My paranoia was interrupted by a friendly …”Hey, you two wanna go for a round or two?”

We looked at each other for just a stunned second, before answering in a “that wasn’t even a good question” tone …
“Uhh Ya we do!” 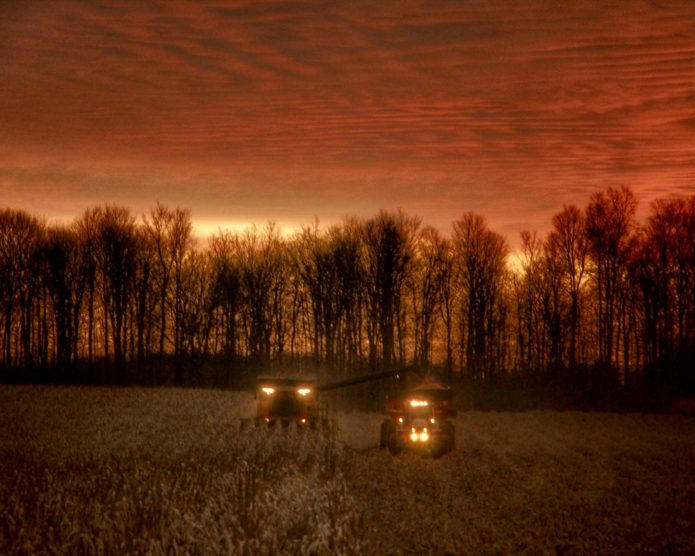 It’s always a little scary to hear those words because nine times out of ten that’s an okay thing but every once in a while it’s not so good and I wondered if he might be driving us out to the bush to leave us there.

After the introductions, the adventure turned into a fun lesson of 101 reasons why Phil could NEVER be a farmer.

Ruth sent me a message the next day wondering if we enjoyed our adventure and if I was going to change careers and go into agriculture. I replied that I couldn’t imagine why anyone would do that?! I get paid to sit in a room, drink coffee and play music for people.

Farming is an incredible responsibility. You must be intuitive, creative, patient and flexible with a working knowledge of meteorology, biology, machinery, horticulture, finance AND among many other things, you need nerves of steel. Farming isn’t a job, it’s a lifestyle. And, it’s not something I should ever be trusted with … Oh and also, it’s really hard work and I’m pretty sure I have an allergy to that.

As we arrived home, I smiled at Milli and said “thank you.”
“For what?” she asked.
“For the adventure” I replied, not taking the time to detail the hundreds of ways she defines “adventure” for me.
“It was really fun” she said.
“Should I get a tractor?” I joked.

Thank you John for the great experience. Thanks for all you do and especially for showing us how the … thing-a-ma-jig connects to the doohickey so the … gadget that holds the doodad makes the whatchamacallit put the corn in the big red bin. I know those aren’t the words you used but that’s what I heard as I sat wide eyed in the cab of the harvester watching you do your noble work. You’re a good and patient man. 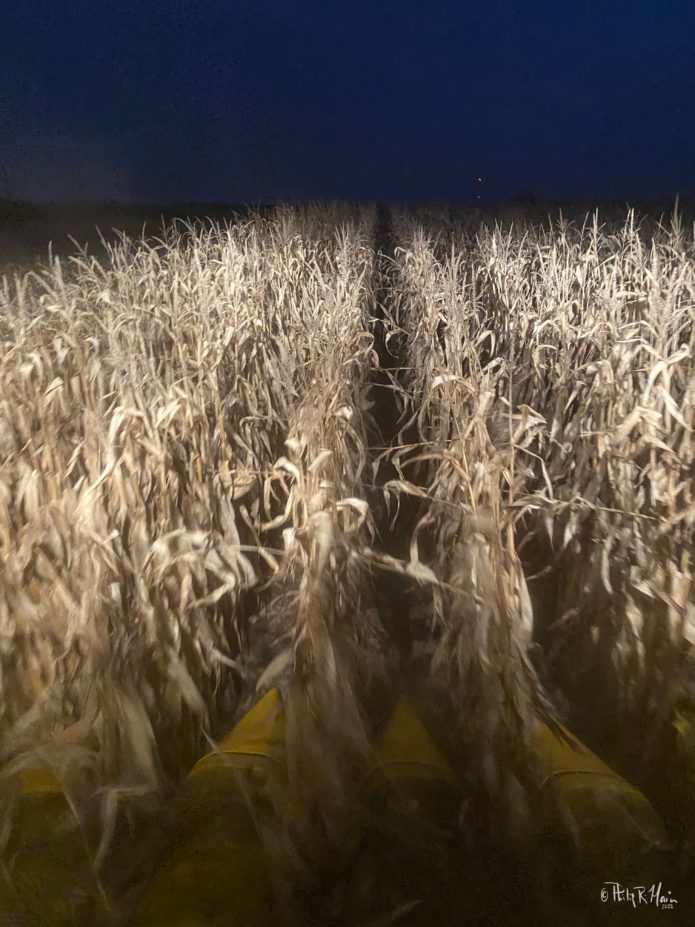 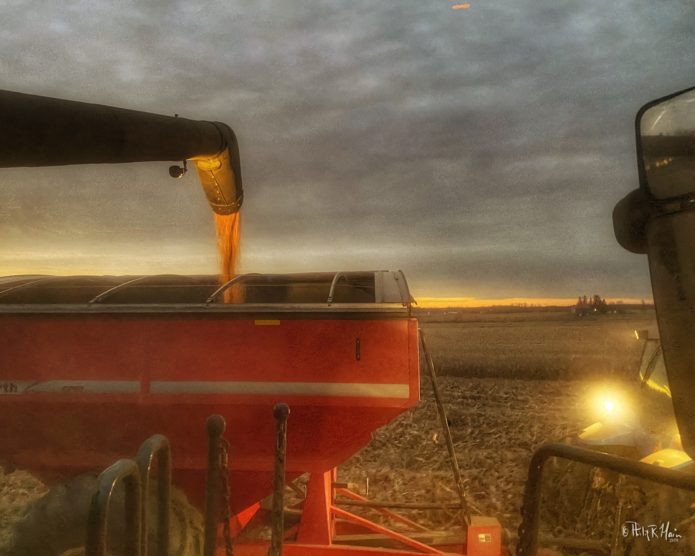 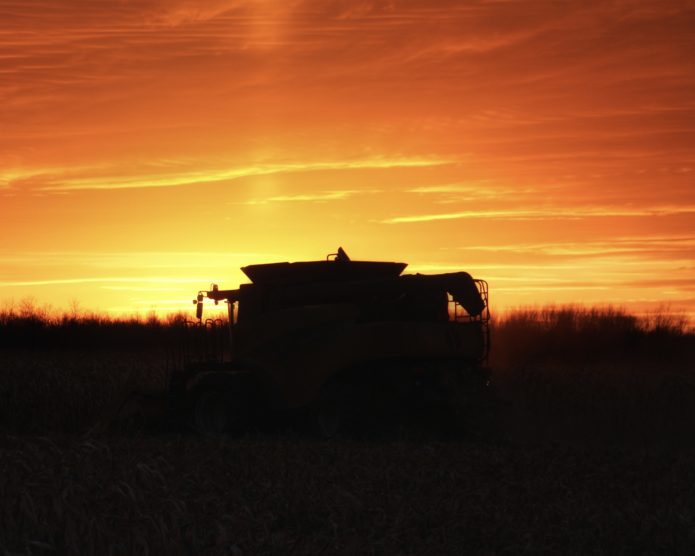 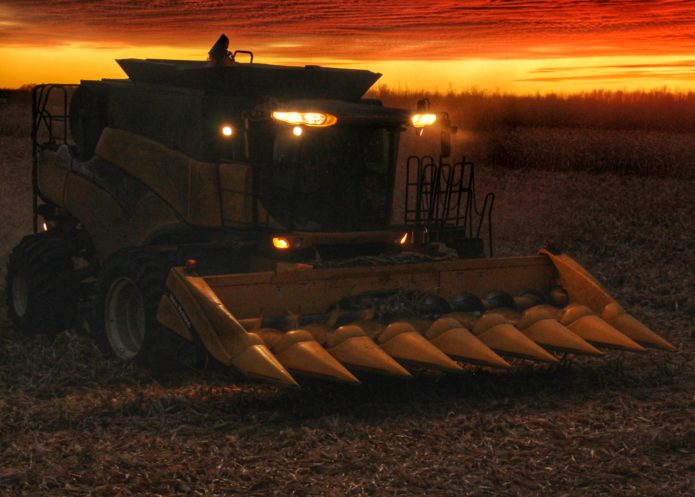 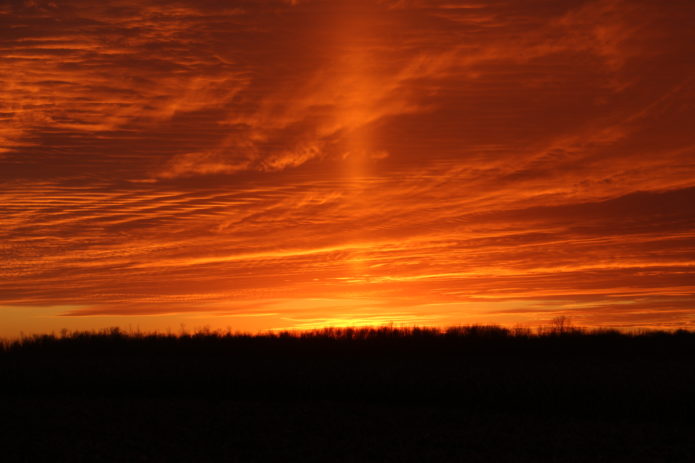