Love Can Build A Bridge

In 1990, country duo The Judds released a song called “Love Can Build a Bridge“. I’m guessing they had no idea that love actually had built a bridge in Huron County way back in 1885.

Ball’s Bridge, also known as “the Bridge that Love Built”, is one of the most beautiful and romantic landmarks in Ontario.

Located on Little Lakes Road, about 9 km west of Goderich, the 250 foot, two span bridge is largely the result of a young man’s love for a local girl. According to descendants of the family, a young Miss Ball had to cross the river by foot to go to market in Goderich.  During one such trip to buy sugar, she was spotted by an engineer who was supervising construction of the bridge being built in Goderich. He was instantly smitten and he built Ball’s Bridge so that his love would be able to cross “without getting her feet wet”.
137 years later, the bridge is still bringing people together.

Please listen below to my chat with Rebecca Garrett about the bridge, it’s importance to our area and a very special event happening TONIGHT!

Here are a few images I captured on a visit to the bridge recently and a few links to get you connected. 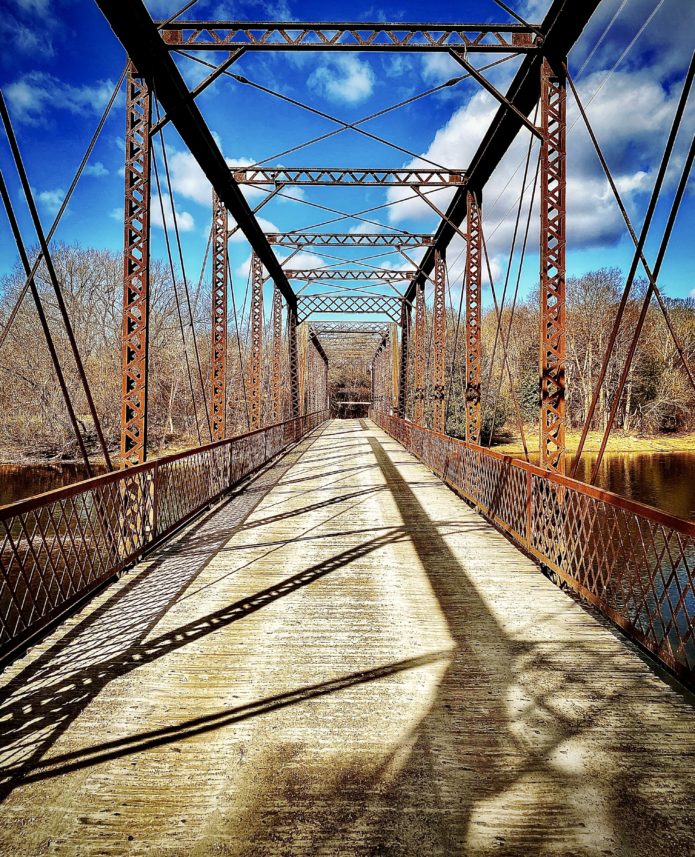 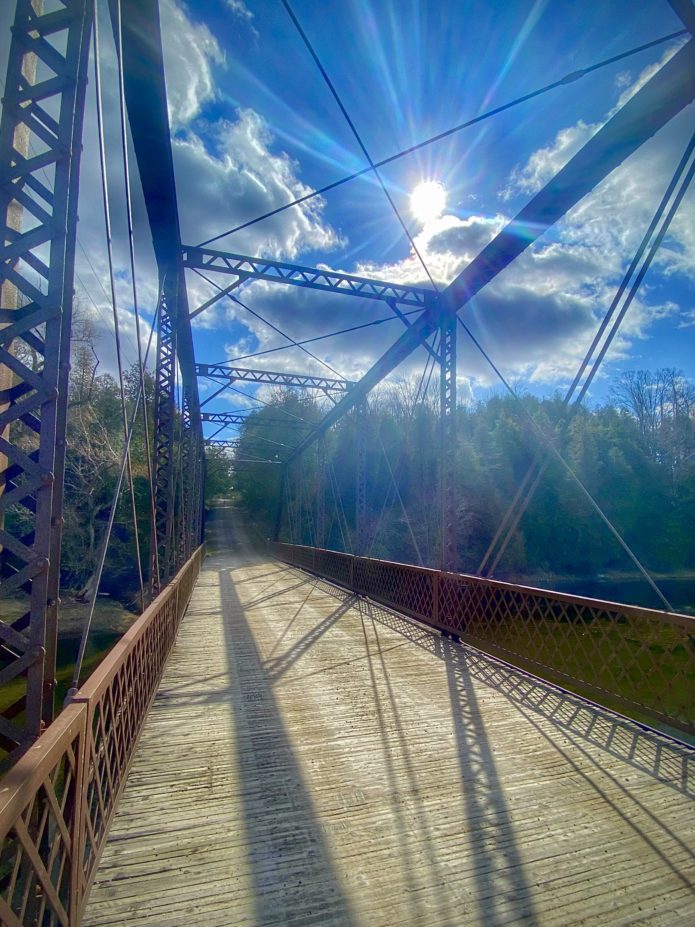 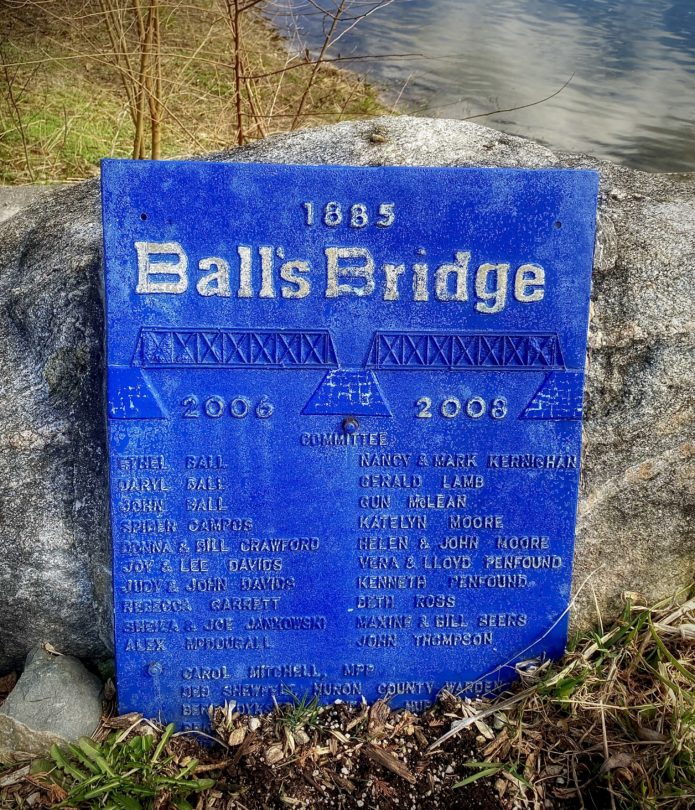 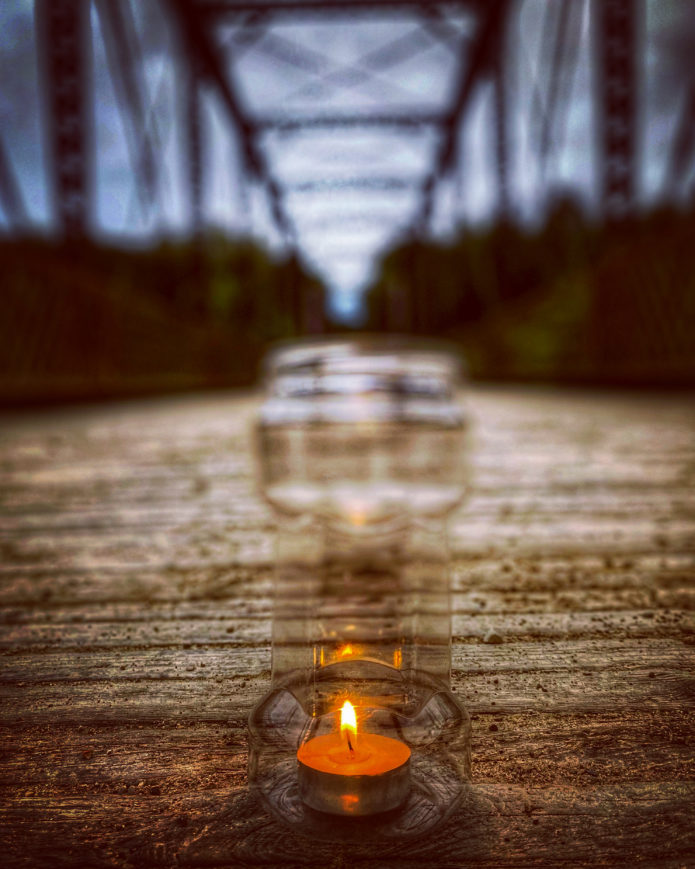